We had an early start, waking up around 7am since we had dimsum plans my dad’s side of the family. Foo Hing Dim Sum House was a 40 minute drive from where we were staying. The restaurant only had small tables which defeated the purpose of dimsum with the whole family since we were split into 4 tables vs having one big one. It felt like it was just us eating dimsum. 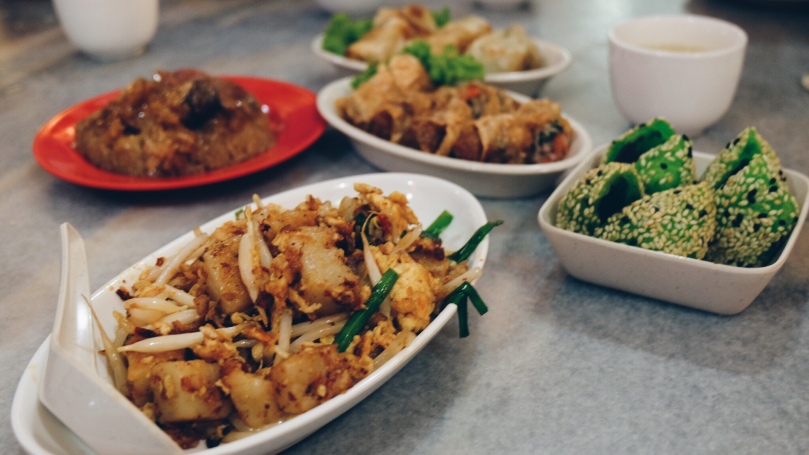 The food itself wasn’t too bad, I just felt like there weren’t enough food options. After dimsum, I also got this giant bag for iced coffee for less than $2 USD, which was insane. 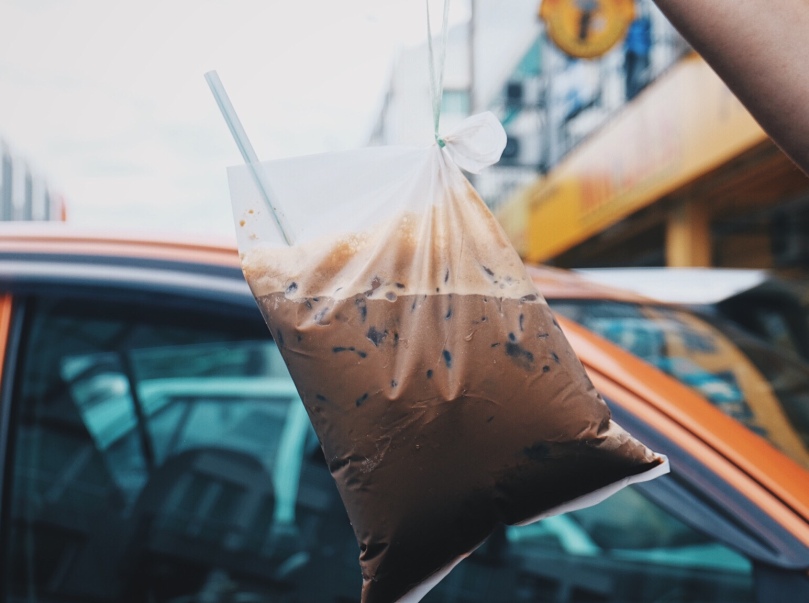 I also got to meet my uncle (my dad’s older brother) for the first time and he does look scary. Apparently he was the scariest one out of all of my dad’s siblings. I got that as my first impression too but he’s actually a really cool guy. We went to see his house afterwards, that he has been working on, which was huge but pretty much still a WIP.

After visiting his WIP house, we stopped by the house he’s currently living right now. He has some really cool decor that he has been accumulating from his travels. 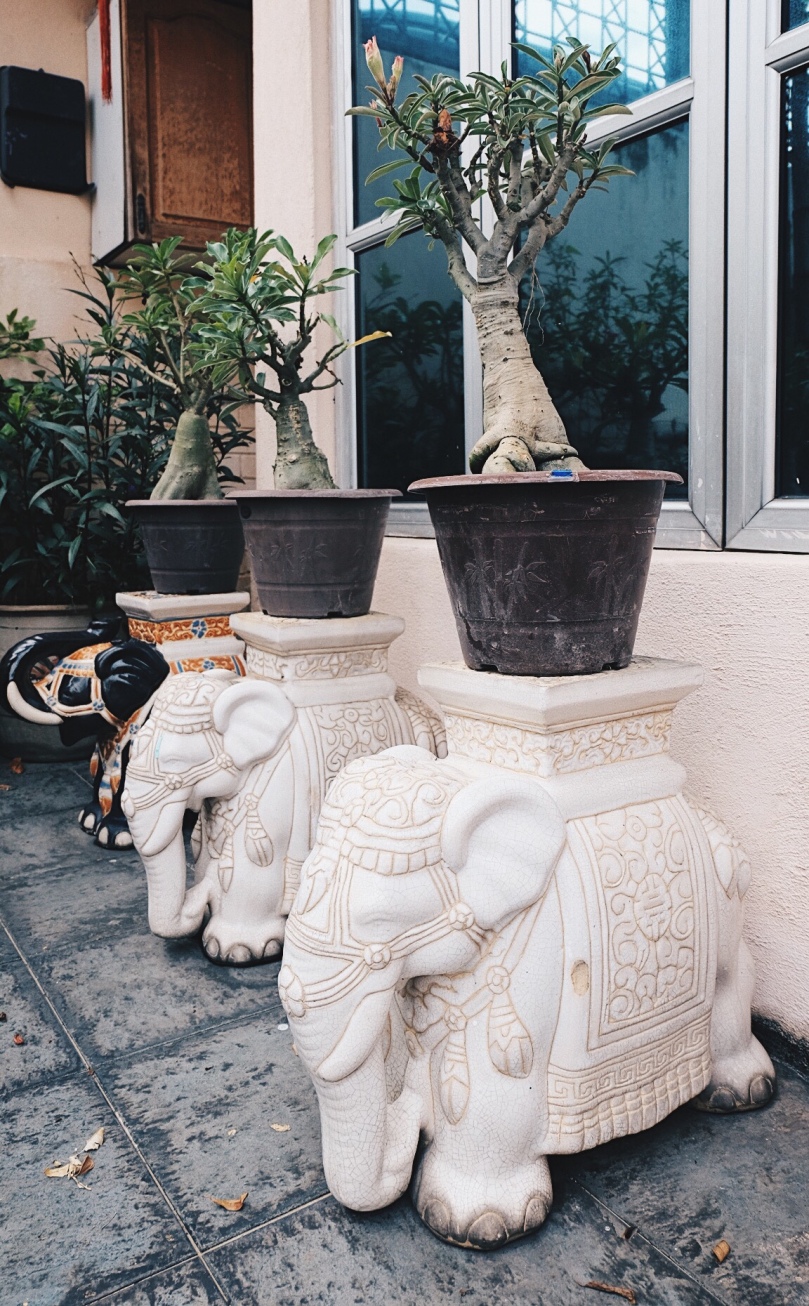 After saying bye to my grandma, it was time for us to get back on the road to our next destination. The next two days was pretty much unplanned. Our original plan was to head to Singapore early with my sister and parents, but they decided not to since the prices of plane tickets increased.

Our plan B was to drive to Port Dickson which was a hour and 45 mins south of Kuala Lumpur. I ended up passing out for majority of the ride and woke up as we were close by. We haven’t booked an hotel yet, since my dad insisted that hotels would be cheaper when you book in person.

Lesson learned. If you ever plan on booking a hotel in person in Malaysia, it’s NOT cheaper. It’s better to just book online, and even reception would insist that you do so to get the best rate.

There wasn’t really much in the area of Port Dickson, which was a bummer. The beaches were super dirty and it seemed like a ghost town almost. There were a lot of abandoned buildings of hotels that ran out of business. I guess the place ended up like this due to pollution.

There was this hotel that had their villas shaped like a flower, called Lexis Hibiscus. A pretty famous tourist spot in Port Dickson which was expensive in Malaysian standards. We decided to just stay one night since we were here. It took us almost 2 hours to get everything sorted out, since it was insisted that we book online and when we did there was issues getting our credit card verified (we had to call the bank to confirm that it was actually us who making the purchase).

After a long unpleasant wait, we got upgraded from the cheapest villas to the imperial suites, which was the second highest tier villa they had, below the presidential suites. That pretty much negated everyone’s sour mood.

There was a buggy service that drove you to the doorstep of the villa since it was a long walk from the main building and it was an amazing experience to stay at a place like this since none of us had done so before. 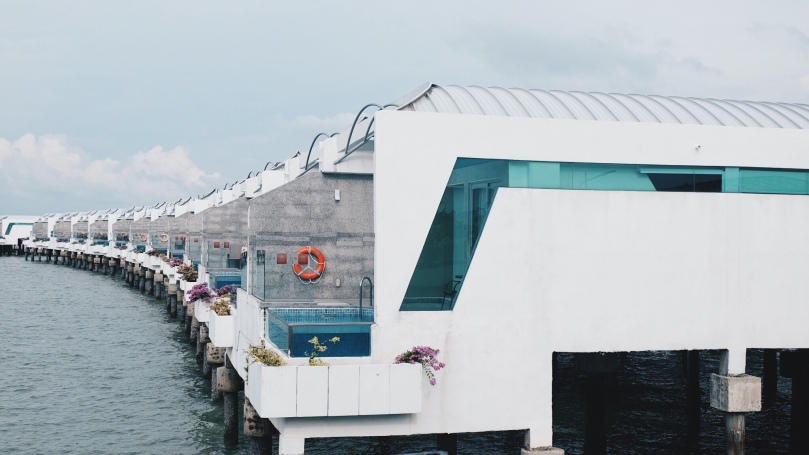 How our villas looked, with a private pool with a view of the water 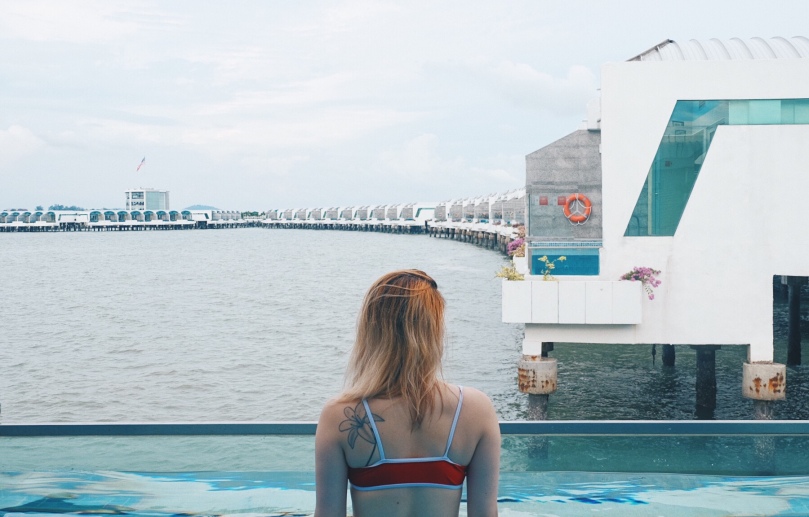 The view from our pool

It was a full on luxury experience, the rooms were amazing. Everything was provided for in terms of toiletries, some snacks and drinks. You could even order room service that they deliver via the buggy. I was so busy enjoying and taking advantage of the experience, I didn’t get much pictures of the actual room. I wish I did because I wanted to share how amazing it was!

After taking a dip in the pool and just relaxing in comfort, we all went out to get dinner. Originally, we were going to check out the more local area of Port Dickson, but we found that there was this street full of food that was walking distance from the resort. We wanted to take full advantage of the experience since we were only staying one night, so we went to the Hibiscus Walk, which was part of Lexis Hibiscus. 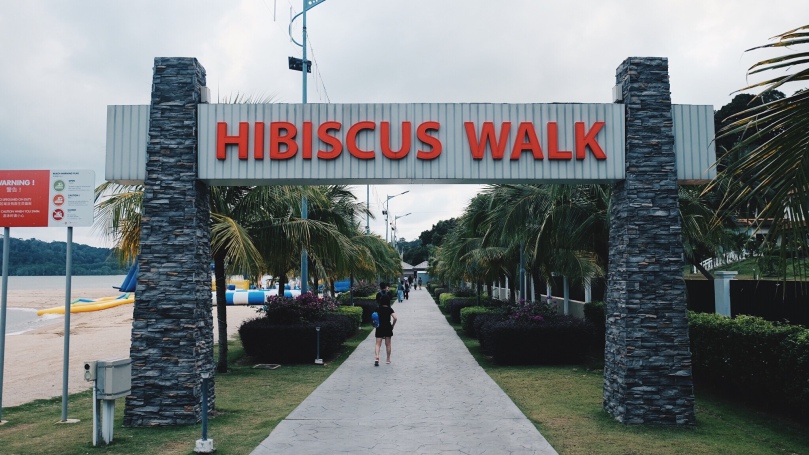 Of course it wasn’t surprising that all the food was way more expensive than what you could get outside the resort. I mean yes, it was still cheaper when you compare it to United States standard, but still… it only makes sense to compare it in terms of Malaysia’s standards.

The food wasn’t great, which was surprisingly since the food they had at the cafe was pretty good. Either way it was enough to satisfy our stomachs.

Sippin’ on a coconut

We were almost done eating when we started seeing a storm approaching…. While everyone was running back to get cover before the rain hits us, my dad was causally finishing up his meal which was hilarious. 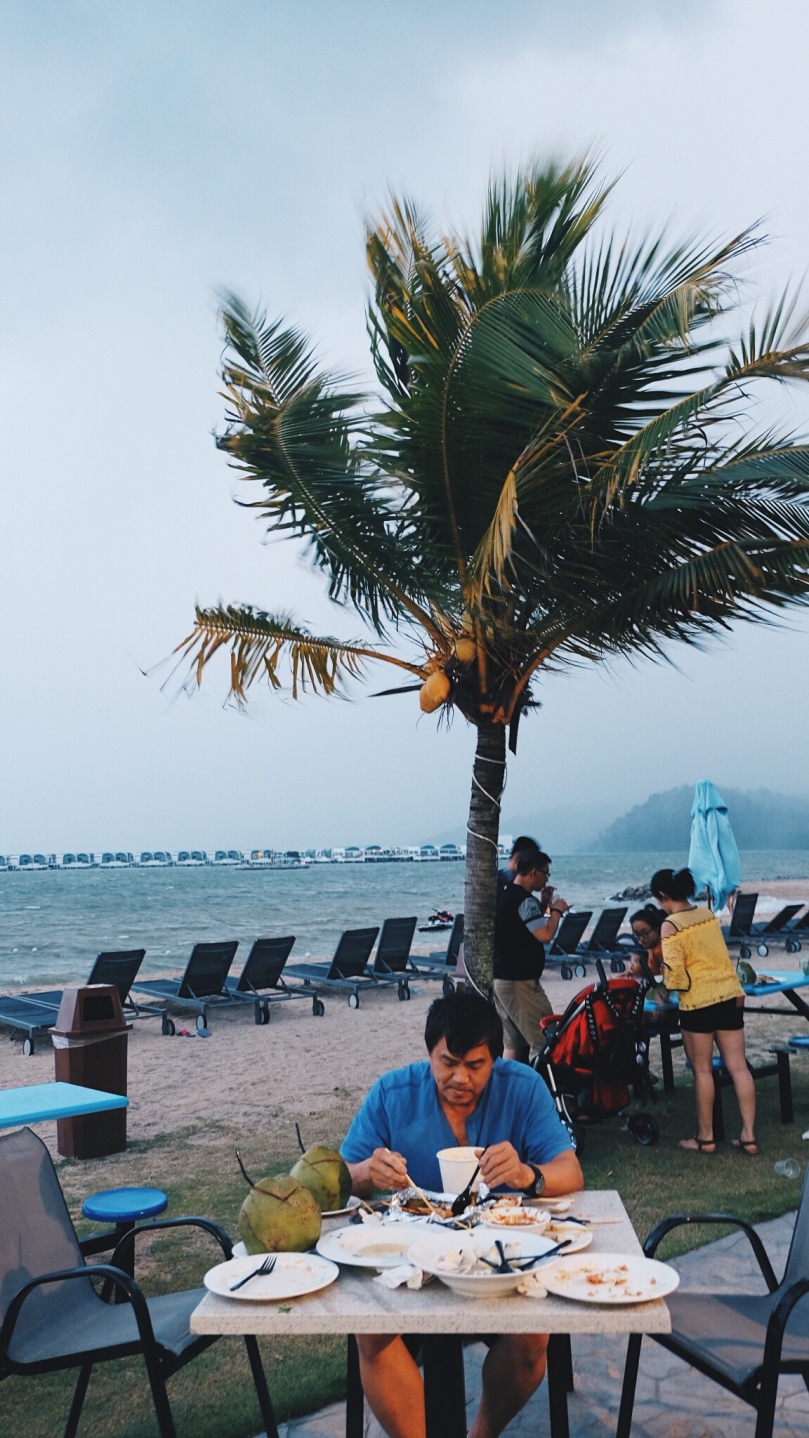 There was so many indoor activities like archery, an arcade, bars, etc but we decided to just rest at our villas. Our night ended with Jacqueline and I watching some movies and taking full advantage of the villa. It was honestly the most relaxed I felt on this trip so far.