We woke up at 5am to catch our ferry to Bodø. We were all ready to take a nice nap on the boat but instead all we got was bad news. The ferry was cancelled because of the weather. Now this was frustrating because we had a flight to catch to Bergen.

We were googling different ways to get to Bodø to make our flight. The closest airport was the Svolvaer airport and we saw that there were available flights but not enough for the 6 of us. We took a taxi over to ask anyway since it was only 8 minutes away.

Unfortunately there was no room left but there was a flight at 11:40am at another airport that was 2 hours away. The guy who worked at the airport was able to help us check for a flight that would allow us to make our connecting flight. 2 hours on a taxi wasn’t cheap but it was our only option to make our itinerary.

Fortunately for us, we made it, got the flight, was able to fly to Bodø to catch our flight to Bergen. We had another connecting flight to actually get to Bergen but we were lucky enough to make all of them. We were grateful that everything worked out for us even though we had a few setbacks. (We also had some issue with the car we rented that took us over a hour but it was nothing big!)

The drive itself to the city wasn’t bad and our Airbnb was located north of Bergen, which was around a 20 min walk to the city center.

Our first activity was seeing the city at the top of Mount Ulriken. We took a tram up and got an amazing view at the top. There were two great view points of the city. 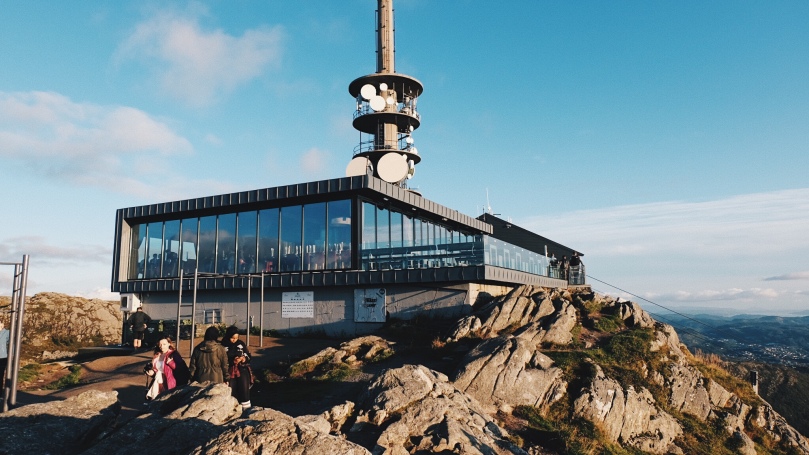 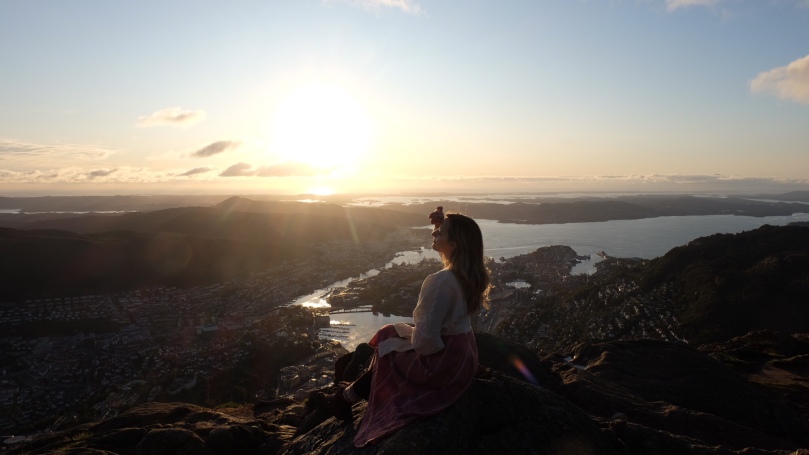 We just sat there for almost a hour watching the sunset and seeing people jump off the cliff to paraglide. It was kind of nice to just sit down, relax and enjoy the view.

We were starving afterwards and went to a famous restaurant called Enhjorningen for dinner (unicorn fish for a translation). It dates back to the Middle Ages which was crazy how much history there was to this place. The restaurant had a couple of old master paintings on its red and green walls.

We got majority of the menu (not the tasting menu) to share and the food was decent but we didn’t get enough to satisfy our hunger. It was a great atmosphere as we were able to hear a live performance from the pub downstairs and the floor shaking from the music.

To end our night we grabbed two hotdogs from a famous spot called Trekroneren. They served so many different types of hotdogs from reindeer to lamb. We got the cheesy hotdog and the reindeer hotdog with lingonberry sauce and fried onions. 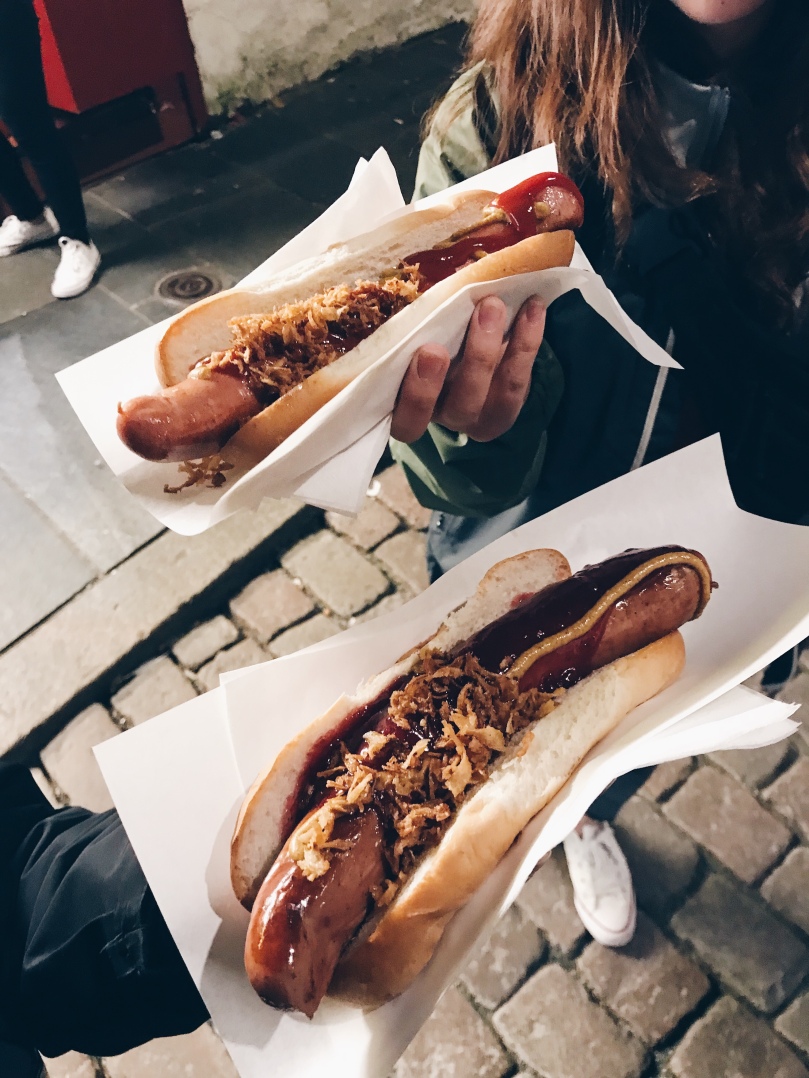 Honestly one of the best hotdogs I ever had. And I know I’ll be craving this hotdog every time I think back to this moment. We ended the day pretty early since we were exhausted from all the traveling.

Tomorrow we’ll be exploring Bergen by foot! I’m honestly excited since this was the first place we have been with so many people!

One thought on “Day 5: Rough start but we made it to Bergen”